This is the post where I bring together two of my favorite things: my adopted home of Chicago, and Christmas! Together, with festive traditions, beautiful lights and entertaining shows, look at all this amazingness they make!

Christkindlemarket in Daley Plaza
This annual outdoor market, which takes its name from the one in Nuremberg, Germany, has been getting Chicagoans into the Christmas spirit for nearly twenty years. Bring your appetite, because there are tons of traditional German treats at this market, including lots to satisfy your sweet tooth.

Looking for some unique holiday gifts? The Christkindlemarket is definitely the place to visit! Each of the little shops offers something different, from hand-painted ornaments and nutcrackers, to candied nuts and knit scarves. I recently posted about our outing on the blog, so for more info and lots of pretty photos, click here.  END_OF_DOCUMENT_TOKEN_TO_BE_REPLACED

Andersonville has long been one of my favorite Chicago neighborhoods. With its many independently owned shops and restaurants, this historically Swedish enclave in Edgewater has something of a small town feel to it and local charm in spades!

This past Friday the hubby and I headed to the area for Late Night Andersonville, an annual neighborhood event where shops, cafes and bakeries stay open an additional four hours for holiday festivities. Some stores have little treats laid out, or hot chocolate, while others have live music and Christmas carols. It’s like a more fun version of a pub crawl where you hop from store to store, enjoying special holiday deals while getting to support local business owners.

Here are a few of my favorite spots to find that perfect something for everyone on your Christmas list:
END_OF_DOCUMENT_TOKEN_TO_BE_REPLACED

Since we are finally seeing some dry weather in Chicago, the hubby and I hopped on the train and headed downtown this afternoon for one of our favorite holiday traditions: exploring the Christkindlmarket in Daley Plaza.

In case you didn’t know, Chicago’s German roots run deep, and this annual outdoor market, which takes after the one in Nuremberg, has been getting Chicagoans into the Christmas spirit for nearly twenty years. If you are looking for some unique holiday gifts, this is definitely the place to visit! Each of the little shops offers something different, from hand-painted ornaments and nutcrackers, to candied nuts and knit scarves. My favorite booth this year was Dom itp, which displayed dozens of glass-blown replicas of some of Chicago’s most famous landmarks. 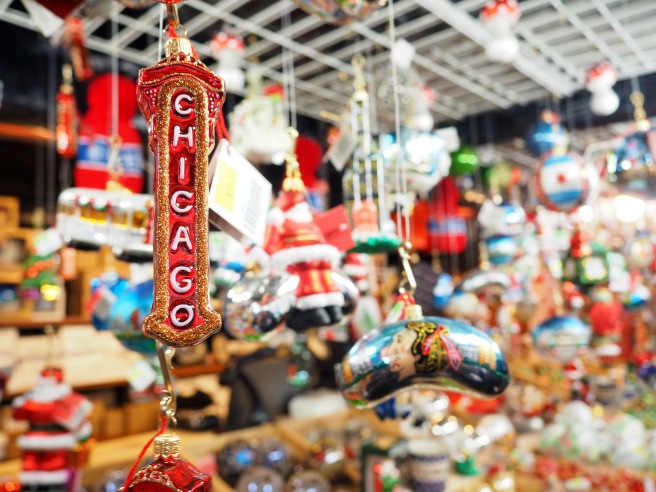 END_OF_DOCUMENT_TOKEN_TO_BE_REPLACED

The husband hasn’t been feeling so great the past few days (head cold), so we’ve been keeping things pretty close to home. This morning we were both feeling a tad shut in and decided to get out for breakfast. We’ve driven past the Bryn Mawr Breakfast Club dozens of times, and keep meaning to stop in and try it, so today seemed like as good a day as any to make good on those intentions. END_OF_DOCUMENT_TOKEN_TO_BE_REPLACED

Like so many around the world tonight, I’ve been glued to reports from Paris, gripped by the horrific events unfolding there. Just a few short weeks ago we were sitting on that very canal near where so many innocent lives were lost, and it’s hard to reconcile the peaceful quiet of that day with the carnage being reported on the news. It’s almost impossible to imagine these atrocities happening in such a beautiful city.

Right now the world is in shock. And I’m afraid it’s only a matter of time before that shock gives way to hate and anger. Though both are justified, it is not what I want to feel right now. I want to remember that, despite the terrible events of today, and those that are sure to follow, there is still so much good in the world. And just so we don’t forget that, here is a little proof…

Parisians offer their homes as shelter with #porteouverte

Taxi drivers in Paris turn off their meters to shuttle people to safety.

Standing in solidarity with the people of Paris, landmarks across the globe, including the World Trade Center, are lit in the colors of the French flag.

People from all over the world share messages of love and support for the city of lights. END_OF_DOCUMENT_TOKEN_TO_BE_REPLACED